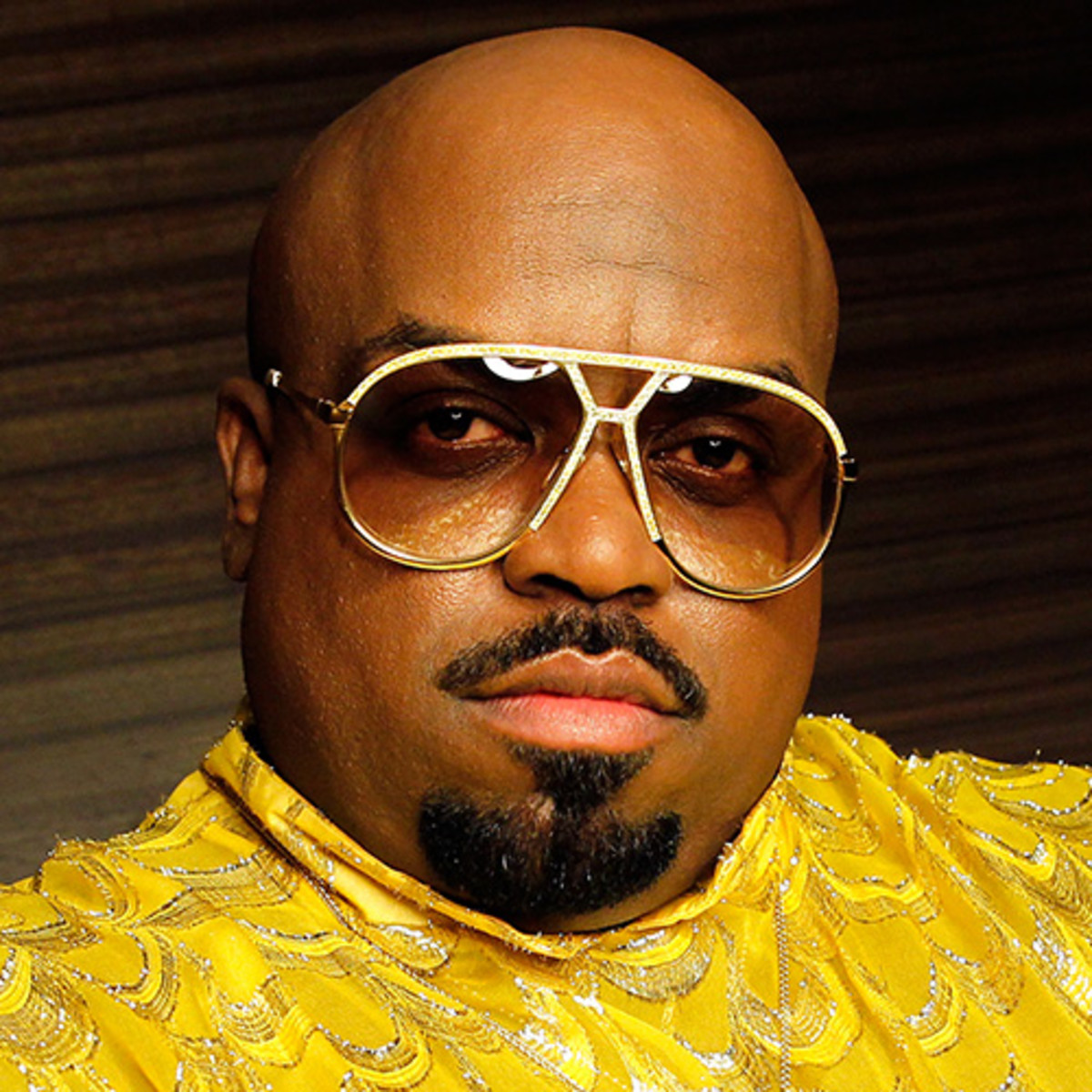 "Music saved my life. The voice you hear, the soul, the pain, is that of a person who deeply, deeply, deeply appreciates the opportunity they've been given."

As an entertainer and businessman with many layers, CeeLo Green cannot be summed up in just one title. He is a five-time Grammy Award Winning singer-songwriter-producer, television personality, actor, entrepreneur, pop culture & fashion icon, and professional lady killer. In 2001, CeeLo received five Grammy nominations for his worldwide hit “Forget You” (aka “F—k You”), winning the category for “Best Urban/Alternative Performance”. The single is certified Gold in the United States and Denmark and achieved platinum status in Canada, New Zealand, and the UK; and multi-platinum status in Australia. In October 2012, CeeLo will release a new Christmas album as well as a solo album in 2013 entitled “Everybody’s Brother”. He’s made memorable appearances on Saturday Night Live (2011), Oprah (2011), presented at the ESPYs (2011), and Kids’ Choice Awards (2012) as well as making remarkable performances at the 2012 Super Bowl with Madonna, The Grammy Awards with the Muppets (2011), Brit Awards (2011), Billboard Music Awards (2011/2012), Soul Train Awards (2011), BET Awards (2011), and hit such mainstream status that even Gwyneth Paltrow covered “Forget You” on Glee (2011). CeeLo has also landed the cover of Fast Company’s 2012 “Most Creative People in Business” issue, Rolling Stone magazine as well as Jet magazine.

In addition to his success as a recording artist, CeeLo Green has completed two seasons as a mentor/ judge on NBC’s hit show The Voice alongside Christina Aguilera, Adam Levine and Blake Shelton and will return for the 3rd season on September 10th, 2012. He has also made guest-appearances on NBC’s popular show Parenthood (2011), FOX’s American Dad (2011), Nickelodeon’s How To Rock (2012) and also hosted his own talk show “CeeLo Green Talking to Strangers” on FUSE TV. On top of his television work, CeeLo Green is also transitioning his career into acting and has made an impact on the film industry starring in Sparkle, which hit theaters on August 17th, 2012 and is Whitney Houston’s last film. He is also the voice of “Murray the Mummy” in the Sony animated film Hotel Transylvania along with Adam Sandler, Selena Gomez, Andy Samberg, premiering in September 2012 at the Toronto International Film Festival and in theaters September 28th, 2012. CeeLo will also star in the John Carney film Can a Song Save Your Life? along with Keira Knightley, Mark Ruffalo and Catherine Keener, which is slated for a 2013 release. With a strong passion and natural talent for acting, CeeLo has big plans to further his career as an actor and film/TV producer.

CeeLo Green is also gearing up for his new Las Vegas residency “CeeLo Green is Loberace” at Planet Hollywood opening February 27th, 2013 and running through March 2013. More of a spectacle than a show, CeeLo, the conductor/ringmaster “LOBERACE,” will take you on a ride through the colorful decades of music, stopping at legendary moments in time, from Prince to Blue Magic to The Rolling Stones, new wave to disco and beyond. Visually, the production will combine CeeLo’s flamboyant sense of style & over-the-top creativity, magnified and intensified, with his soulful voice covering some of his favorite music, as well as original songs.

CeeLo truly approaches the industry as a businessman. He was appointed Chief Creative Officer of Primary Wave Music, the management company CeeLo signed with in 2010 and is one of the largest independent music publishing, marketing and talent management companies in the US. He is co-owner of a premium Sake brand TY KU; the voice behind the NFL’s new Thursday Night Football theme song; remixed the iconic Meow Mix Jingle; became the face of ad campaigns such as 7UP and Las Vegas Tourism; and has a book slated for release in 2013.

CeeLo Green first came onto the music scene as a member of the southern hip-hop group Goodie Mob along with Big Gipp, T-Mo and Khujo, who have reunited and will release their new album “Age Against the Machine” in 2013. The new album will feature the new Goodie Mob single “Fight to Win”, which they debuted on NBC’s The Voice (2012) as well as the Billboard Music Awards (2012). Goodie Mob released their 1st album “Soul Food” in 1995, pioneering them to the top of the emerging Southern rap scene. The Southern Hip Hop group then released two more albums “Still Standing” (1998), and “World Party” (1999). After CeeLo’s success with Goodie Mob, he reinvented himself and formed Gnarls Barkley with deejay-producer Danger Mouse to release the 2006 worldwide hit “Crazy”, which reached #1 in various singles charts worldwide. In the US, “Crazy” reached #2 on the Billboard Hot 100. Following Gnarls Barkley, Green put his time back into his solo career as CeeLo Green and released the 2010 album “The Lady Killer”, which featured his hit single “Forget You”.

On a personal note, CeeLo Green grew up in Atlanta, GA. Both of his parents were ordained ministers and he started his music career in church. His father died when he was just two years old and his mother, Sheila J. Callaway, a volunteer firefighter, was in a fatal car accident and died when he was 18. His mother and grandmother were both very involved in various philanthropic efforts and to continue his family legacy, CeeLo and his sister Shedonna launched GreenHouse Foundation in August 2012, a non-profit organization with a mission to help make “green education” easier and accessible to students in underserved school districts.