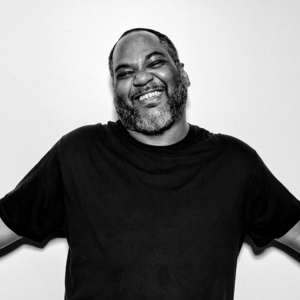 De La Soul burst onto the scene and innovated hiphop by coloring outside the lines, sampling a diverse array of untouched, previously unsampled artists such as The Turtles and Hall & Oates on their critically acclaimed debut "3 Feet High & Rising."

They have been a catalyst for other important acts in hiphop history as they helped introduce to world to Mos Def, helped propel a Tribe Called Quest to greatness with "Buddy" off 3 Feet High, and were the first major act to work with deceased hiphop icon J-Dilla on a major single (when he was known as Jay Dee).

De La is perhaps the "oldest" functioning hiphop group to still truly maintain credibility while not having "fell off" as they continue to stay relevant collaborating with MF Doom, Wu-Tang's Ghostface Killah, Madlib and Flosstradamus among others.

Their most recent music release was also innovative; put out by Nike, who also released a De La Soul limited edition Dunk which sold out at retail immediately and can now be found on Ebay for upwards of $500.

Damon Albarn from Blur was such a fan that he enlisted De La to participate on his 2nd Gorillaz album and what was born was "Feel Good Inc" which is the biggest single ever for both De La and Gorillaz. The track was featured on a massive Ipod worldwide TV campaign and won both acts a Grammy after their ensemble Grammy performance that included Madonna. De La also appears on the most recent Gorillaz album.

Most recently De La toured with Gorillaz worldwide where Damon would have entire stadiums chant Maseo's name to prompt his now infamous demented laugh to start off the performance of "Feel Good Inc" and Maseo was often found DJ'ing at the afterparties with his mix of Funk, Soul, Classic Hiphop, 80's, Old School and even some House.

Maseo is currently working on his "DJ-Conductor" concept album and can currently be seen in the award-winning "Beats Rhymes & Life" A Tribe Called Quest documentary keeping the peace between the stars of the movie.