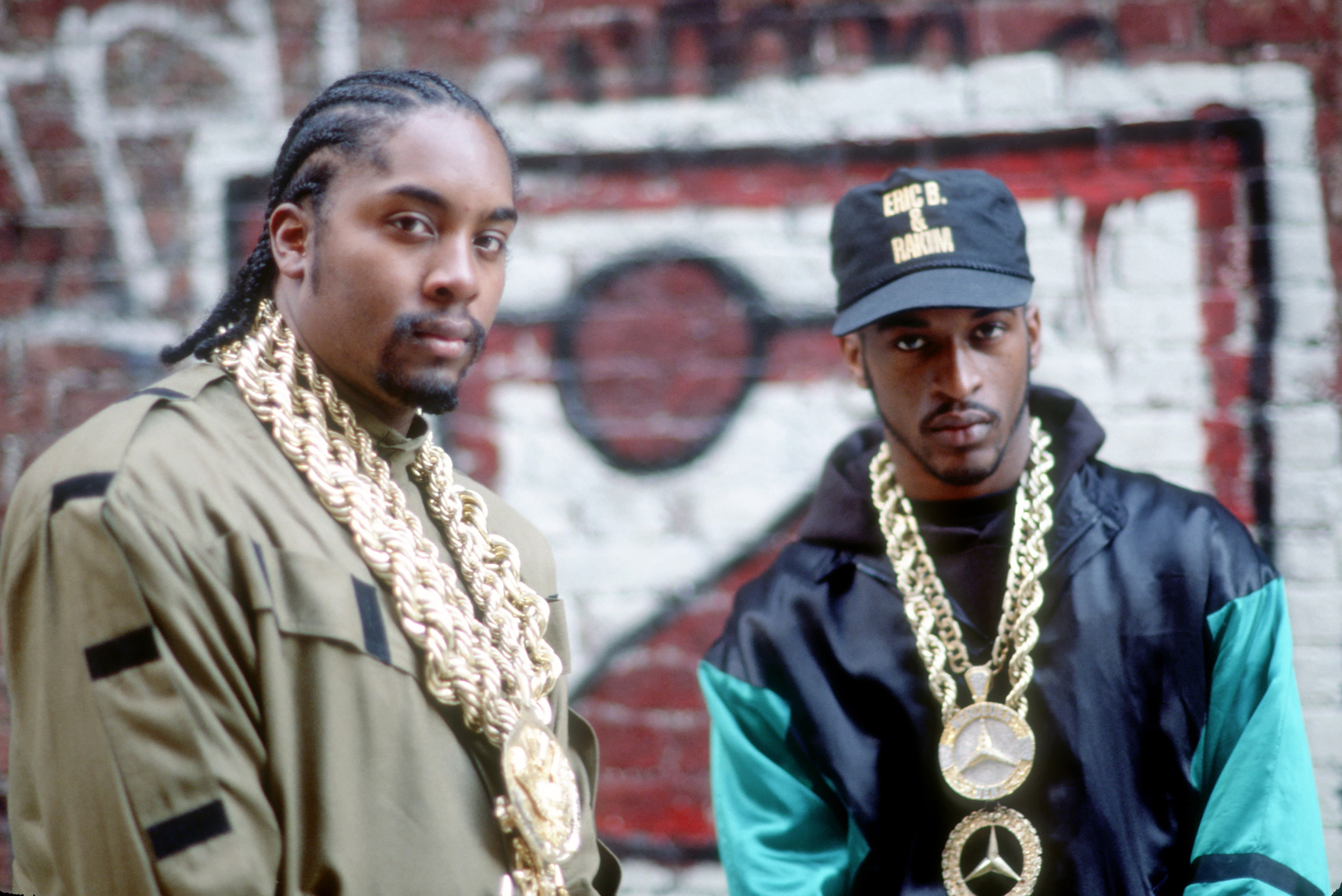 "It’s been a long time…I shouldn’t have left you, Without a strong rhyme to step to."

The most influential DJ/MC combo in contemporary music, period. MTV
rated #1 album in the history of hip hop. And still Paid in Full. Eric B
for President.

They never had a mainstream hit of their own, but during rap's so-called golden age in the late '80s,
were almost universally recognized as the premier DJ/MC team in all of
hip-hop. Not only was their chemistry superb, but individually, each
represented the absolute state of the art in their respective skills.

Rakim meanwhile, still tops fan polls as the greatest MC of all time. He
crafted his rhymes like poetry, filling his lines with elaborate
metaphors and complex internal rhymes, and he played with the beat like a
jazzman, earning a reputation as the smoothest-flowing MC ever to pick
up a mic. His articulation was clear, his delivery seemingly effortless,
and his influence on subsequent MCs incalculable. Together, their
peerless technique on the microphone and turntables upped the ante for
all who followed them, and their advancement of hip-hop as an art form
has been acknowledged by everyone from


in 1965 in Elmhurst, Queens; his future partner, William Griffin, Jr.,
was born in 1968 and also hailed from the suburbs of New York,
specifically Wyandanch, Long Island. At age 16, Griffin converted to
Islam and adopted the name

played trumpet and guitar early on, but switched to the turntables in
high school, and eventually landed a job as the mobile DJ for radio
station WBLS. It was there that he met
's
DJ skills) b/w "My Melody" -- was released on the tiny Harlem-based
indie label Zakia. It was a street-level sensation during the summer of
1986, and the duo was picked up by the larger 4th & Broadway
imprint. The equally monumental singles "I Ain't No Joke" and "I Know
You Got Soul" sampled

In 1987, 4th & Broadway issued the duo's full-length debut,
;
accompanied by a mighty underground buzz, the record climbed into the
Top Ten on the R&B LP charts (as would all of their subsequent
albums). Additionally, the British DJ duo

remixed the title cut into a bona fide U.K. smash. The exposure helped
make "Paid in Full"'s drum track one of the most sampled beats this side
of

soon tapped the duo for a guest spot on her 1989 single "Friends,"
which brought them into the pop Top Ten for the first and only time.

was a more consistent affair that bolstered their legacy. As it turned
out, the record also completed that legacy. The duo's contract with MCA
was almost up, and they had discussed the possibility of each recording a
solo album. Unfortunately, the resulting tension over the future of
their partnership ultimately destroyed it. In the aftermath of the
breakup, various legal issues prevented both parties from starting their
solo careers for quite some time. The only recording to appear was