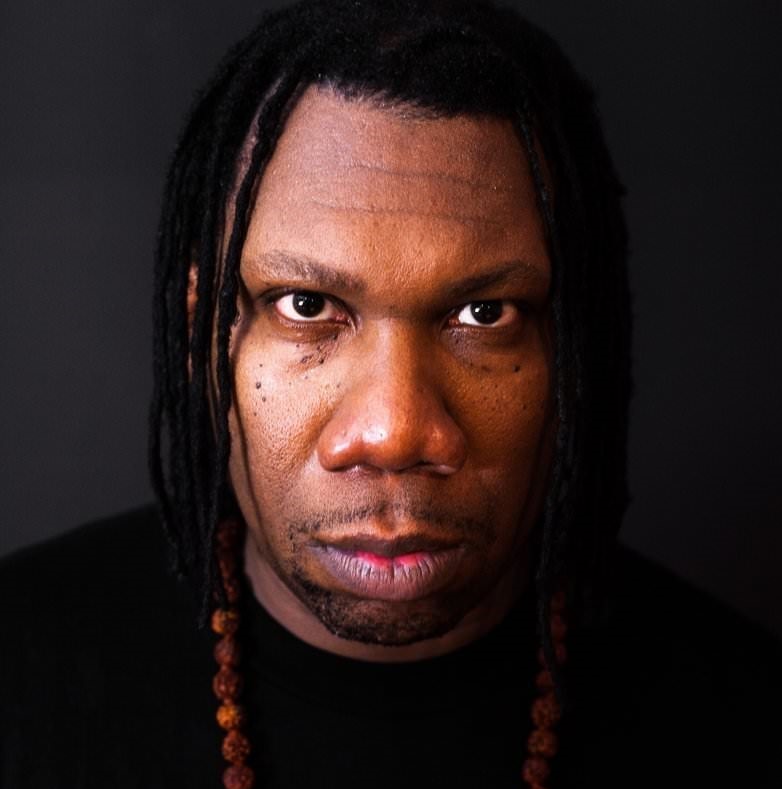 Kris Lawrence Parker (born August 20 1965), better known by his stage name KRS-One, is an American MC and producer. Over his career, he has been known by several pseudonyms including "Kris Parker", "The Blastmaster", "The Teacha", and "The Philosopher". At the 2008 BET Awards, KRS-One was the recipient of the Lifetime Achievement Award for all his work and effort towards the Stop the Violence Movement as well as the overall pioneering of hip-hop music and culture. He is often referred to as one of the greatest MCs of all time.

Appearing on the rap scene in 1986 as Boogie Down Productions releasing his first hit single “South Bronx” with his late DJ Scott La Rock, KRS “the one” made it clear that Hip Hop was going to have to take itself a lot more seriously than simply being a music genre.

KRS, an acronym for ““Knowledge Reigning Supreme”, has been called the “conscience of Hip Hop” (Rolling Stone), “the greatest live emcee ever” (The Source), the “spokesperson for Hip Hop” (Wall Street Journal), “master teacher” (Zulu Nation) and the “son of Hip Hop” (Kool DJ Herc). With 20 published albums to his credit and his numerous appearances with other artists, KRS-One is believed to have written the most rhymes in Hip Hop’s history. In the 1990s as “hip-hop” grew more and more commercialized and corporate, it was KRS-One that openly rejected such cultural exploitation and materialism grounding Hip Hop in its original principles of peace, love, unity and safely having fun. Teaching everything from self-creation to stopping violence; from vegetarianism to transcendental meditation, from the establishment of Hip Hop Appreciation Week (every third week in May), to establishing Hip Hop as an international culture at the United Nations (2001), KRS-One has single-handedly held the history and original arts of Hip Hop together now for over two decades.

In addition to lecturing at over 500 universities in the United States and publishing three ground-breaking books; “The Science of Rap” (1995), “Ruminations” (2003), and the Gospel of Hip Hop” (2009), KRS-One has also established the Stop The Violence Movement (1989), influenced the creation of the “West-Coast All-Stars’ anti-gang anthem “We’re All In The Same Gang” (1990), warned the Hip Hop community against giving up their humanity for technological advancement (H. E. A. L.—Human Education Against Lies-1991), and has established the Temple of Hip Hop for the spiritual exploration of Hip Hop’s culture (1996). It was KRS-One who first argued that “rap is something we do; Hip Hop is something we live” and introduced the “I am Hip Hop” philosophy in 1994 which Black Entertainment Television uses as the title of their Hip Hop Lifetime Achievement Award today. Without question, KRS-One has been the loudest voice for the actual preservation and expansion of original Hip Hop worldwide.

When he is not touring or lecturing, on his so-called “down-time”, KRS-One continues to share his unique knowledge of Hip Hop to younger audiences eager to hear the ‘teacha’ speak. Operating as a kind of “pop-up” school, KRS-One’s Temple of Hip Hop has appeared in various cities in USA also in the UK and Europe offering the more serious student of Hip Hop an effective way to live and understand the culture of Hip Hop more deeply.