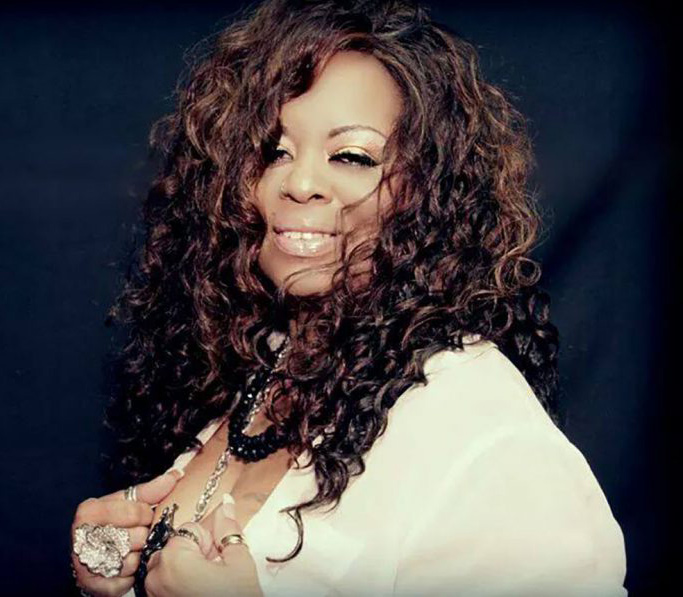 Robin S who's known worldwide for her #1 Hit "Show Me Love" was born and raised in Queens, New York and began singing at the age of five in a church choir. Blessed with perfect pitch and a genuine talent to entertain, she took up vocal training at the age of eight under the direction of the legendary Brook Alexander. Alexander, who also instructed Melba Moore, he made learning easy. His style taught me how to create different sounds by using my facial expressions and tones. It enabled Robin to obtain the skills to become a performer.

“Show Me Love”, Robin’s first gold single, introduced her as one of the premier vocalists of the early 1990s. Her first release was in 1990 under Robin Stone (that’s what the “S” stands for). The chart-topping single, punctuated with energetic remixes from Stonebridge Productions of Sweden, originally gained popularity in Europe on Champion Records only in 1993. The success of the record caught the eyes of executives at Big Beat Records and Robin S was on her way to fulfilling her dreams.

Robin’s debut album on Big Beat/Atlantic Records, “Show Me Love” immediately broadened her fan base. The diverse sounds of the record, which changes between beautiful lush ballads like “What I Do Best”, Who’s Goina’ Raise The Child”, and bold toe-tapping rhythms, were created by a variety of producers, including Junior Vasquez, Nick Martinelli, and David Morales.

“Love For Love”, another chart-topping track from Robin’s debut is a fiercely hypnotic track filled with syncopated beats, added her to the elite list of dance diva. I don’t mind being called a diva one bit. “There are some great divas in the world like Aretha Franklin, Patti Labelle, Phyllis Hyman and Nancy Wilson”. “If I am going to be considered a diva like they are, then I welcome the title” says Robin!

Robin’s performances have been seen by fans all over the world, having performed in Holland, Italy, Germany, United Kingdom, The Ivory Coast, Finland, Amsterdam, Portugal, France, Japan, Russia, Switzerland, and Turkey, and the list goes on. In addition to her many club shows in the United States, Robin has also appeared on numerous television programs in such as: Showtime at the Apollo, “Coming Home”, a Thanksgiving Special Hosted by Nancy Wilson, The Robert Townsend Show, Americas Most Funniest Home Videos, The Maury Povich Show, The Jenny Jones Show, The Ricki Lake Show, The Arsenio Hall Show (singing with the band on 2 occasions). The Disney Channel, VH1’s White Nights AIDS Special, MTV U.S. and Canada, MTV’s Lip Service, BET (singing and an interview with Donnie Simpson) and many others. Her soundtrack contributions such as “SPACE JAMS”,(she wrote and sang the song “Givin you all that I’ve got”), “BAPS” (she co-wrote and sang “I can’t wait” with Michael O’Hara and “Love is shining down on me” with Tony Moran and Nikki Richards), “DR. DOLITTLE”, (she sang the song “Dance” feat. Mary Mary written and produced by Warryn Campbell and Mary Mary), “KNOCK OUT” (she sang and co-wrote with Michael O’Hara the song “At My Best”), “WELCOME TO WHOOP WHOOP” (she sang “Once in a Lifetime Love” produced by David Morales)

In the years since turning worldwide dance floors and pop radio airwaves upside down with the massive smash “Show Me Love,” Robin has travelled an enlightening journey toward heightened self-awareness and creative maturity. After working on her song writing for several years, she began recruiting a sterling array of producers and tunesmiths that includes Bryce Wilson, Tony Moran, Wayne Cohen and Shepard Solomon, King Britt and John Wicks, Eric “E-Smoove” Miller, Darrin Whittington, and Steve Dubin who guided Robin on her hotly anticipated second album, From Now On (Big Beat/Atlantic, 1997).

“I feel as if I’m soaring on these songs,” the singer says with pride. She is inspired to take flight by a deftly mined musical environment that transcends the traditional boundaries of dance music. “From Now On”, succeeds in delivering the credible grooves of underground club culture, while also showcasing fine live musicians, who bring soulful warmth to every one of the album’s songs. “There is no match for the experience of singing with a band. It’s nourishment to the soul for every singer.” After all, you can’t feel the funk with a computer-generated guitar.”