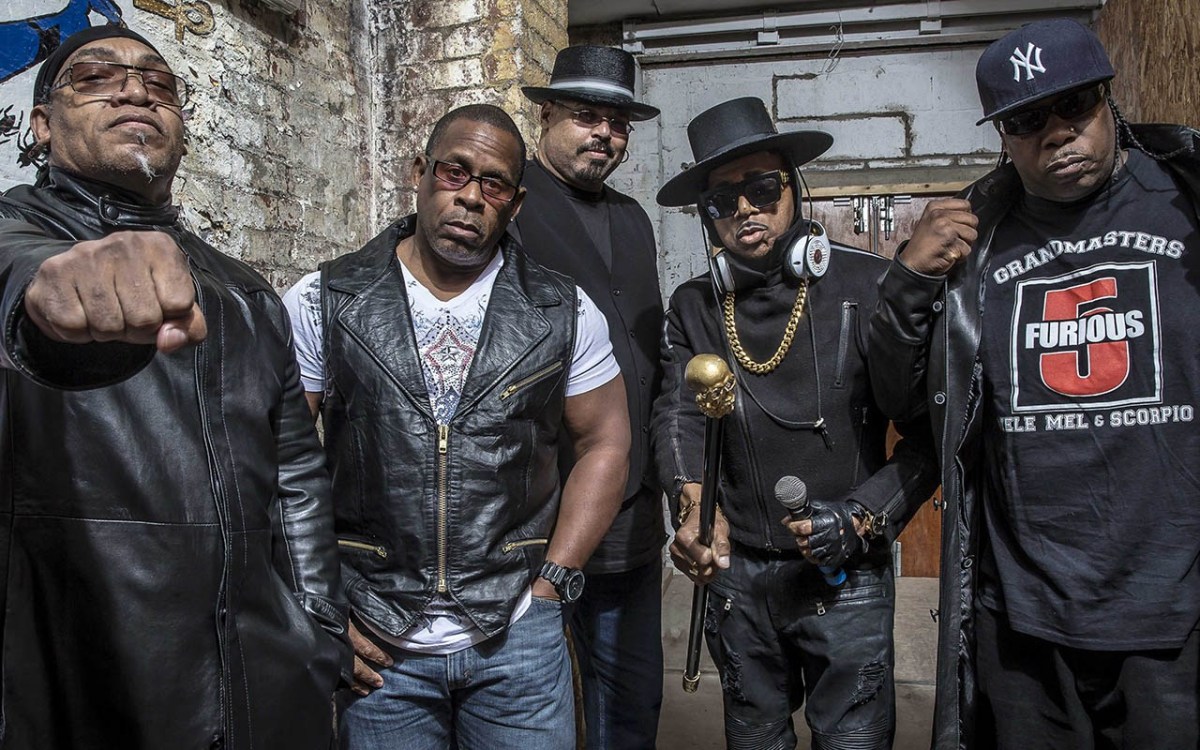 "I said a hip hop Hippie to the hippie The hip, hip a hop, and you don't stop, a rock it out Bubba to the bang bang boogie, boobie to the boogie To the rhythm of the boogie the beat"

The Sugarhill Gang is made up of original members Wonder Mike (Michael Wright), Master Gee (Guy O’Brien) and Henry Jackson (Big Bank Hank). In 1979, the group burst onto the scene with the global hit “Rapper’s Delight”. They went on to top charts all over the world and sell over eight million copies, subsequently releasing the hit singles “Apache,” “8th Wonder” and “Living in the Fast Lane.”

In 2019, the Sugarhill Gang, one of Hip Hop's legendary groups, celebrated the 40th anniversary of their hit “Rapper's Delight.” Released on Sugarhill Records, the song was produced by Sylvia Robinson and featured songwriting from Nile Rogers and Bernard Edwards. It was the first rap single to become a Top 40 hit on the Billboard Hot 100 and is RIAA certified 2x Platinum. The song became an international hit in the UK, Canada, France, Germany, Sweden, and Switzerland to name a few. It has been featured on TV and in movies as well as the lyrics sampled by various artists.

In legendary hip hop news, the Sugarhill Gang along with the architects Grandmaster Melle Mel and Scorpio of The Furious 5 have joined forces to form a super-group. This marks a big moment for the culture as these two groups put the genre on the map.

Grandmaster Melle Mel and Scorpio along with group members The Creole Kidd, Keith Cowboy, and Rahiem created the platinum-selling and seminal hip-hop classic “The Message,” which became the first Hip Hop record inducted into the Grammy Hall of Fame and the Rock & Roll Hall of Fame.  Released in July 1982, the group will this year celebrate it's 40th Anniversary. Their second huge international hit, the anti-drug song “White Lines (Don't Don't Do It).” “White Lines” was also covered by mega new wave band Duran Duran in 1995 and peaked at number five on the Billboard Hot Dance Club Play chart.

With this new alliance, they are already in the studio recording new music as well as currently booking dates for their 2022 US and European tour.

“This is history in the making. We've seen the evolution of Hip Hop and rap go from a place where there was a lot of naysayers to it being a full-blown respected genre taking over pop culture. This Is amazing!” states Scorpio of The Furious 5. “To be successful doing what we love and now joining together to continue to make history is a blessing.”