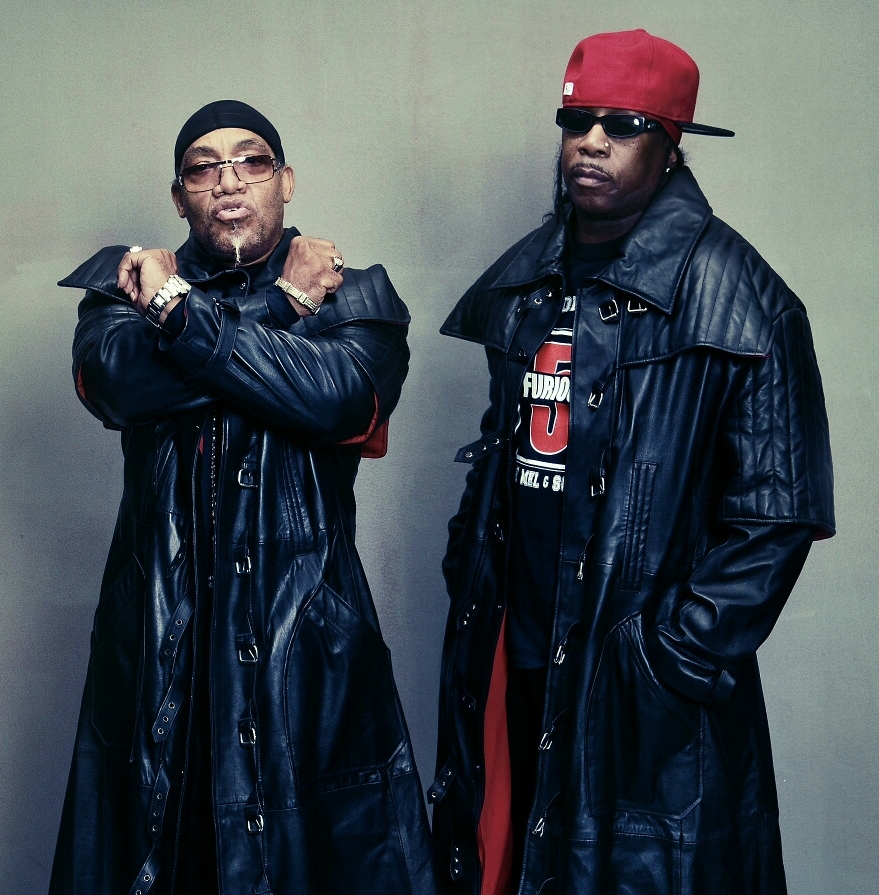 "It's like a jungle sometimes, it makes me wonder How I keep from going under"

Grandmaster Mele Mel & Scorpio Furious 5 are a legendary group in addition to being trendsetters, and partly responsible for the creation of the billon dollar a year rap record industry, and rap element of the subculture called Hip Hop.

They are to Hip Hop what the Rolling Stones are to rock. They have toured the world with the likes of U2, The Police, Clash, Prince& Duran Duran as well as many Hip Hop greats. Their recordings are amongst the most sampled in the history of recorded Hip Hop, and many of their works from the time before Hip Hop was recorded have been copied and mimicked.

It was these guys who made Grandmaster Flash & The Furious 5 a household name on the strength of records like Freedom, The Message, White Lines, Superrappin, Beat Street ,New York , New York , Survival and Scorpio to name a few. GM Mele Mel & The Furious 5 featuring Scorpio had #1 records in the UK with "White Lines" , "Beatstreet" and "Step Off".

Quincy Jones used their vocal talents for his Grammy winning albums Back On The Block and Qs Jook Joint, respectively. They also lent their voices to the legendary Chaka Khan for her Grammy winning single I Feel For You, earning a Grammy for Grandmaster Mele Mel - the first for any rap artist.

Among their many achievements is the performance on the antiapartheid song Sun City, created by Bruce Springsteen guitarist Steven Van Zandt. On that project they performed along with Eddie Kendricks and David Ruffin of the Temptations, Ruben Blades, Miles Davis & Herbie Hancock.

Grandmaster Flash & The Furious 5 were recently honored on the Bronx walk of fame, with a street named after them. In 2007 they became the first rap group ever inducted into the Rock & Roll hall of fame. The Message was the first rap song that contained social commentary, and is in the archives of the library of congress for its social relevance in that time period. It’s considered one of the most 25 important songs in the last 50years,and in 2013 the Message was the first Hip Hop record inducted in the Grammy Hall of Fame.

The Furious 5 revolutionized the genre of rap and helped to create the template for the industry that exists today.

*D.J. Grandmaster Flash does not perform with the line up currently touring. What most people didn't know about the group is that Mr Joseph Sadler a/k/a Grandmaster Flash was just the DJ in the group and "never" recorded on any of the records that were released under the name "Grandmaster Flash and The Furious 5" ( "The Message", "Freedom", "Its Nasty", "Birthday Party"). In fact some of the groups major UK hits came after Flash was released from the group such as: "White Lines", "Step Off", and "Beat Street" which were top10 UK hit songs for the group.

Today the Group Tours under their trademarked name: "Grandmaster Mele Mel & Scorpio Furious 5" throughout the World.