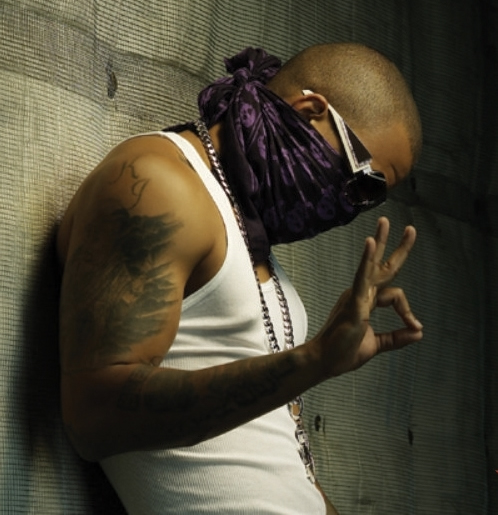 GAME went from Gangsta to great musician right before our eyes. He recharged legendary west coast captain Dr. Dre, delivering the producer’s last true Cali-themed classic in “The Documentary” and then took it upon himself to keep West Coast hip-hop relevant – #1 hit single, #1 album and $20 million-dollar film role at a time. His official foray into Hip Hop, “The Documentary”, was a #1 Billboard 200 debut, selling an impressive 586,000 units in the first week continuing to 2.5 million plus units in the US. The first official street single, “Westside Story”, charted at #55 on the Hot R&B/Hip Hop Songs chart which is remarkable for an urban radio favorite constructed with aggressive content. Yet even with “Westside Story” success, Game and his “Documentary” were far from done, with several follow up singles charting even higher. A list which includes the infectious club-banger “How We Do” charting at number #2, the Kanye West produced “Dreams” charting at #32, and the Timbaland produced “Put You on the Game” charting at #96. But it was the two time Grammy nominated “Hate It or Love It”, a musical moment of self-actualization with a vulnerability in verse rarely seen in rap music, that would prove the classic albums signature song. With poetic lyrics reminiscent of a musically mature Tupac, the single reached #1 on the Hot R&B/Hip Hop songs chart. The accompanying music video was nominated for a 2005 MTV Video Music Award in the category of Best Rap Video, and with the single certified gold, Game was now a legitimate hip-hop star. No urban music artist, regardless of Top 40 genre (Hip Hop, Pop, Rock, R&B, alternative), geographical region (East, West, South, international) or major label push, arrived with as much promotional fanfare as Jayceon “Chuck” Taylor. GAME (formerly The Game) was handpicked by legendary star-maker Dr. Dre to headline his Aftermath Entertainment brand, officially declaring it “Game Time”. That was in 2002. By 2005, his Black Wall Street label was dominating the street scene with a series of “Murda Chronicle” mixtapes, indie-videos, party appearances, and rap beef settlements. “Doctor's Advocate” was Game’s second album and follow up to “The Documentary”. Released in November of 2006, the album debuted at # 1 on the U.S. Billboard 200, selling over 358,000 copies in its first week, making it The Game's second number one album in a row. Without production or executive direction from Dr. Dre, “Doctor’s Advocate” still sold upwards of 1 million records. Boasting production from many of the same producers who helped make his debut a classic, a list including Kanye West, Just Blaze, Scott Storch and Hi-Tek, along with an assist from DJ Khalil on “Da Shit”, Game’s signature sound remained intact, as did his reputation of name-dropping, boastful lyrics and Gangsta rap ethos.