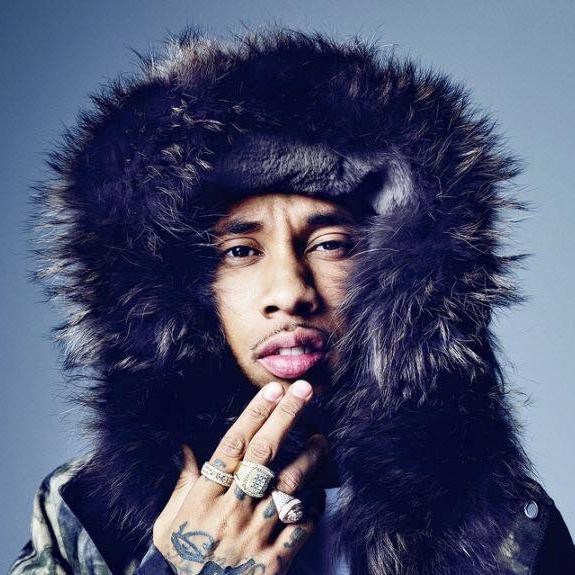 "Instead of wiping away your tears, wipe the people who make you cry."

Tyga is an RIAA Certified Platinum rapper who remains a hip-hop fixture with his dedicated and growing following of millions across social media. He is fresh off his 2017 Bitch I’m the Shit 2 Tour and release of the Bugatti Raww mixtape which includes the standout single “Mercedes Baby” featuring 24hrs with eye-catching visuals to match, compiling over 2M Vevo views.

What sets Tyga apart from other rappers is his authentic and statement heavy music. Already back on his European Tour, named after his 7th studio album KYOTO, which details the transformation of Tyga’s style, giving listeners an “808s and Heartbreak” vibe, speaking on relatable topics of relationships and breakups. The project features hit single “Temperature” which premiered on Billboard and racked up over 9 million views.

In addition to music, Tyga has made lasting impressions as a fashion designer and CEO with his dope shoots and making his presence known front row at New York and European Fashion Weeks. A past collaboration with well-known designer Marcelo Burlon titled MARCELO x TYGA, sold exclusively at Saks Fifth Avenue. Tyga also serves as the founder of “Last Kings” clothing line while gracing the cover of Intersection Magazine, Nude, Flaunt, XXL, Fault, and more.
Throughout his career, Tyga has proved to be heavily involved with his craft and on a steady incline as a man who wears many hats in various industries. He’s set to star in the third season of MTV’s hit show Scream, premiering in March 2018, and is no stranger to the television world as he gave an inside look at his life on his own successful reality show, Kingin’ With Tyga on MTV2.
In addition to some of his successes, Tyga currently stands as the Celebrity Spokesperson and Co-Owner of the premium Alkaline water brand 138 Water. To put it all together, he also signed a multi-million dollar deal with TUNES Audio, a well established in-ear monitors manufacturer, making him part owner.